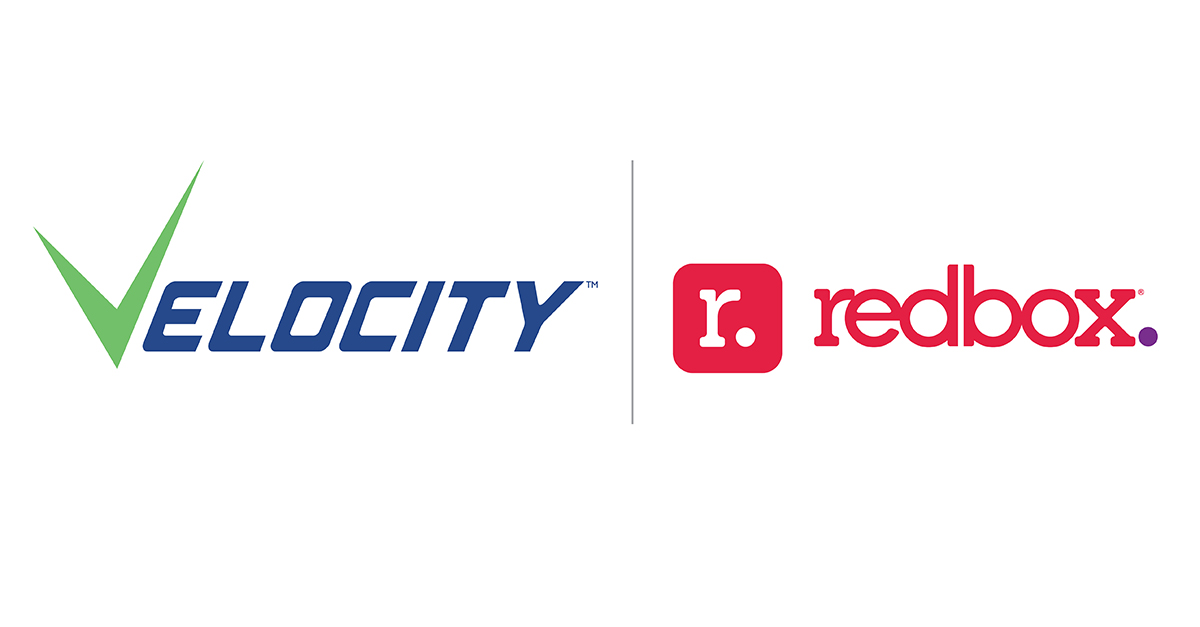 Originally released by Redbox via Businesswire

With rollout more than 50% complete, screens provide Redbox a powerful new way to promote new movie releases as well as its free streaming service, and offer advertising opportunities that will be seen by millions of consumers in high traffic locations

CHICAGO, Illinois, Dec. 2, 2021/PRNewswire/ — Redbox (NASDAQ: RDBX), a leading entertainment company, today announced it has deployed digital video signage on the top of over 2,000 kiosks across the US, with nearly 4,000 expected total installations. Through a partnership with Velocity, A Managed Service Company, the new video screens give the company a powerful new way to partner with Hollywood studios to promote new release movies, its rapidly growing free streaming service, as well as provide advertising opportunities for national and hyper-local media campaigns that will be seen by millions of consumers in high traffic locations.

Velocity, which has expanded its footprint of digital signage networks, will source, operate, and support the Redbox signage network. The addition of the Redbox network enhances Velocity’s grocery presence, which was initiated by its acquisition of Impax Media, a checkout aisle digital signage network, in September 2020. Velocity has strategically developed its digital-out-of-home (DOOH) media portfolio to create cross-industry partnerships that connect high-impact environments for its advertising customers.

“The addition of Velocity screens gives us a powerful new way to promote new release titles with our content partners including all major Hollywood studios, as well as provide brands and studios a uniquely customizable out of home campaign, while also promoting our free streaming service and Redbox Entertainment originals in high trafficked locations,” said Galen Smith, CEO, Redbox. “We’ve already seen success with the screens we’ve tested to date, and we’re excited to see this quickly scale and potentially grow to additional kiosks in the future.”

“Velocity has been very bullish on the retail sector and is continuously seeking additional partnerships to grow within the industry. We are proud to partner with Redbox to deliver an industry-leading digital signage solution to enhance and elevate the existing Redbox kiosks,” said Greg Kiley, Chairman and CEO of Velocity. “Redbox is a formidable presence in the retail space, especially in national grocery stores. We look forward to helping Redbox expand its advertising capabilities.”

Direct ad sales for the new screens are handled by Redbox in partnership with Screenvision, and through connected programmatic exchanges.

About Redbox
Redbox (NASDAQ: RDBX) is a leading entertainment company that gives consumers access to a large variety of content across digital and physical media. The company operates a rapidly growing digital streaming service that provides both ad-supported (AVOD) and paid movies from Hollywood studios and hundreds of content partners, as well as over 120 channels of free ad supported streaming television (FAST). The Redbox app is available on major entertainment platforms that include Roku devices, connected TVs, gaming platforms, the web as well iOS and Android devices. Redbox also operates its popular kiosks across the US at thousands of retail locations – giving consumers affordable access to the latest in entertainment. The company produces, acquires, and distributes movies through its Redbox Entertainment™ label, providing rights to talent-led films that are distributed across Redbox’s digital and physical services as well as through third-party digital services. Headquartered just outside of Chicago, Redbox has offices in Los Angeles and Seattle. For more information visit www.redbox.com.

Founded in 2005, Velocity is a privately held company headquartered in Holland, Ohio. Today, the company has approximately 500 employees, 13 redundant data centers, 5,500+ certified technicians throughout the U.S., and 450 carrier agreements and is a CLEC in all 50 states. Velocity is a proud member of the DPAA. For more information: www.velocitymsc.com.