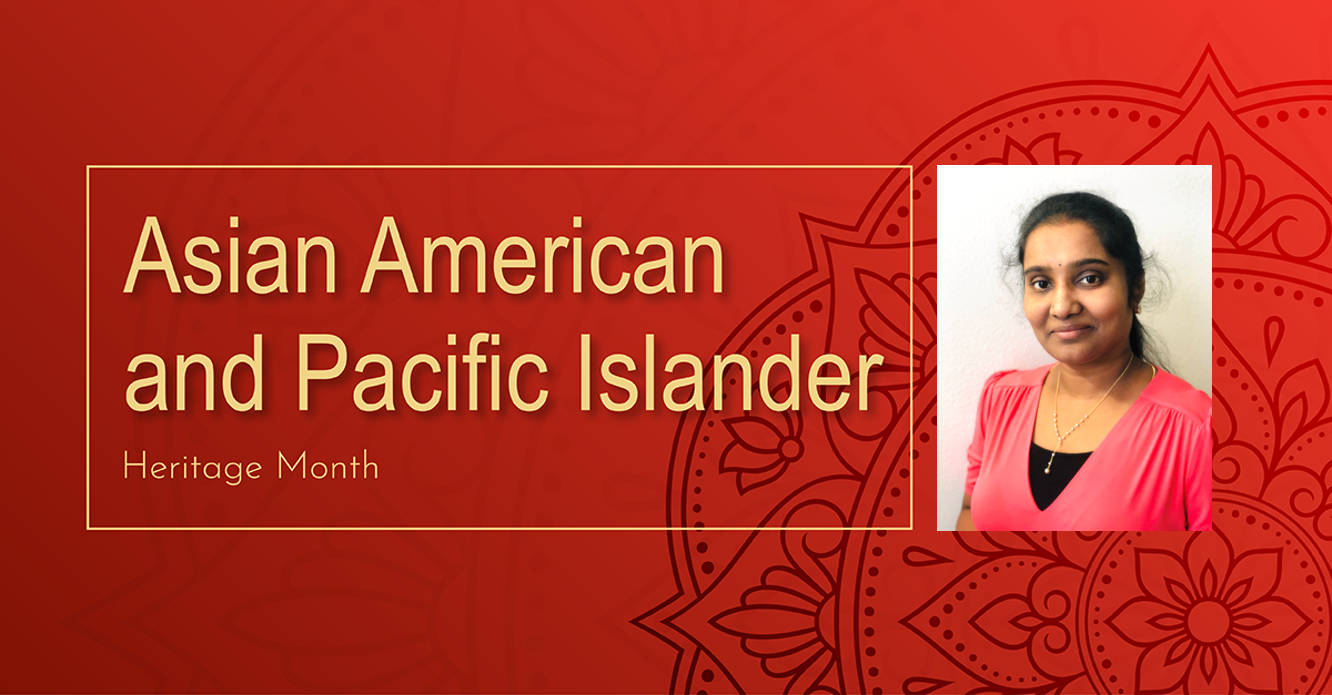 I was born and grew up in Andhra Pradesh, South India. My dad worked in Finance for the government, and my mother was a stay-at-home mom. When I was young, my family would take a summer vacation to visit a different temple each year. We used to have frequent power cuts throughout my childhood. I find myself missing those times as we used to sit outside and catch up with friends and family while waiting for the power to return.

I’m a vegetarian and have a passion for singing regional songs. One of my proudest achievements in my life was completing my master’s degree in Microbiology at the top of my class. In 2012, I came to the U.S. with my husband. We have two children: a 10-year-old boy and a 7-year-old girl. My parents and extended family still live in India.

Janaki’s overview of India
India’s culture is one of the world’s oldest cultures, and civilization began about 4,500 years ago. India is a birthplace for many religions such as Hinduism, Buddhism, Jainism, and Sikhism (Wikipedia).

There are many historical places in India. Some of those places are Red Fort, Taj Mahal, and Qutub Minar.

India is a unique country with multiple languages. There are about 23 official languages, with Hindi as the most speaking language, followed by Telugu and Tamil.

India is a land of unity in diversity, and there are many dances based on region. Some of the famous classical dances are Bharata Natyam, Kuchipudi, and Kathak.

Customs and celebrations:
Weddings are a big deal in India and can last anywhere from 3-7 days depending upon the region.

Indian clothing is colorful silk sarees worn by women, and dhoti and kurta are traditional pieces of clothing for men.

Holidays:
My family celebrates Diwali, Ugadi (Telugu New Year), Holi. Diwali is the largest and most important festival in India. It is a five-day celebration known as the festival of lights.

Food
Indian cuisine is known for its large assortment of dishes and its liberal use of herbs and spices. Cooking styles vary from region to region. Wheat, rice, and pulses with chana (Bengal gram) are important staples of the Indian diet.

My favorite foods are rice, mango dal, pickle, vegetable biryani, and all spicy foods. The two things I love to cook are Kheer and Mirchi Bajji.

Kheer is similar to a rice pudding and is made with cardamom saffron rice, whole milk, and sugar.

I hope you have enjoyed learning more about India and my background. I’ve very much enjoyed being able to participant in the AAPI Heritage Month and read the stories of my team members as well.