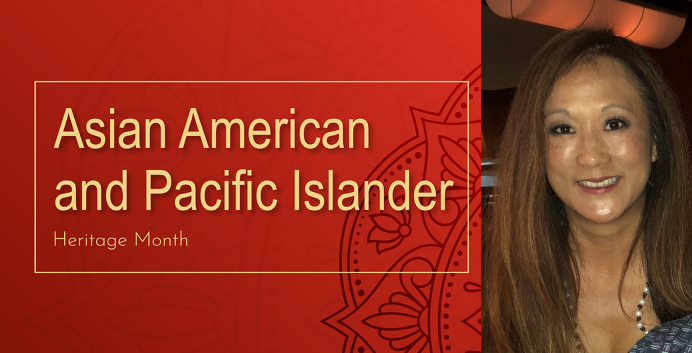 I am a fourth-generation Japanese Canadian (Yonsei) and grew up in a small town in British Columbia, Canada. I am proud of my Japanese heritage and respect the cultures passed down from many generations. I love all Asian foods and regularly make sushi for my friends and family.

MARY’S TOP MOVIE PICKS
May is a good month to learn and experience something new as we celebrate Asian Americans and Pacific Islanders. Turn movie night into a fun learning experience by watching some of these movies that I feel portray elements of the Asian/Pacific culture and traditions.

If you want to watch a fun, light-hearted romantic comedy, I recommend Crazy Rich Asians. It’s about an American-born Chinese NYU professor who falls in love and travels with her boyfriend to his hometown in Singapore. She discovers his family is super-wealthy, and they don’t want their son to marry a girl from America. I enjoyed the mashups of Chinese and American music, the over-glamorization of wealth, and the subtle insider references to Chinese culture. After the movie, I found myself thinking about it and smiling.

I attended a pre-release Trade screening in Los Angeles where the person checking us in asked if I was part of the movie. I answered, “I may be Crazy and Asian but definitely not RICH.”

I wasn’t sure about this comedy crime thriller film but grew to love and appreciate the story of an impoverished South Korean family who schemes a wealthy family to work in their household. It shows the conflict and contrast between upper and lower classes of society and kept me engaged from start to finish. It was funny, thrilling, emotional, and satirical while still telling a deep and meaningful story.

Parasite won four Oscars, including Best Picture in 2019. My husband and I were honored to attend the after party to celebrate with the cast and crew. It was a once-in-a-lifetime, amazing experience that I will cherish!

Inspired by her family’s true story, writer/director Lulu Wang presents an insightful, heartfelt drama about a family that returns to China under the guise of a fake wedding to say goodbye to their beloved grandmother, who does not know she is dying of cancer. While steeped in Chinese and Chinese American culture, it deals with the loss of a loving grandma and everything she represents. This movie manages to find humor in the darkness and will make you laugh and cry.

I found this movie very relatable and heart-warming. It really made me think about what I would do in the same situation.

I connected immediately to this dynamic thriller involving the murder trial of a Japanese-American fisherman in a small Washington town during the early 1950s. It involves a mixed-race relationship complicated by the onset of war and the resulting prejudice and persecution of Japanese Americans during World War II.

From a personal level, I was able to identify with the story’s historical events. My parents and their families lived in Vancouver, British Columbia, Canada, and during World War II, were uprooted from their homes and moved to a small remote town called Greenwood, B.C. Several scenes from the movie were filmed in Greenwood, B.C., and many Japanese extras used were Japanese Canadians who remained in the area after the war. It was very touching for my parents, who were interned as young children, to see familiar places and people in the movie.

The Joy Luck Club
Based on Amy Tan’s bestselling novel

I really enjoyed this drama about the relationships between four Chinese American women and their Chinese immigrant mothers and the struggles to maintain a mother-daughter bond across cultural and generational gaps.

I remember watching this movie with my sisters in the ’90s. I found myself relating to the cultural gaps and appreciating our grandparents’ hardships and challenges as immigrants to Canada. It’s inspirational and will make you laugh and cry.

I strongly recommend this action drama about the struggles to modernize traditional Japanese ethics of war and warriors in the 1870s. It has a powerful message about war, tradition, ethics, honor, and culture. I enjoyed the movie and felt the story did an excellent job showing Japanese culture and traditions in a beautiful and interesting way.