Falling in Love All Over Again With the Movies 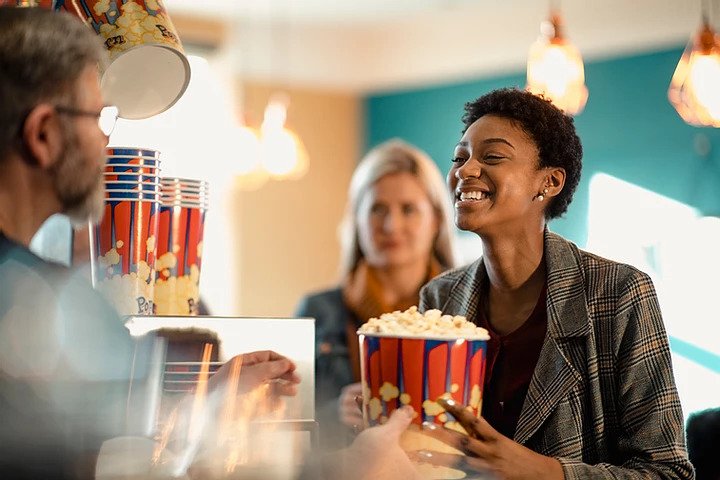 America loves its movies and the movies love America! In 2019, the domestic box office stood at $11.4 billion — and there were over 1.24 billion tickets sold. In March 2020, ticket sales in the United States were running about 10 percent ahead of 2019.

But we all know what happened next. On March 12, the entire theater industry — along with everything else — ground to a halt. Since then, many have predicted that the moviegoing experience had come to an end – and that movie theaters were dead and would never recover.

Theaters sent employees home, and studios moved their films to either far-off release dates or to alternative distribution platforms such as streaming. The future of moviegoing had not seemed so bleak since the advent of television in the 1950s.

And then an interesting thing happened. In the fall of 2020, movie theaters slowly began to open their door again.

Guess what else happened? Audiences began to return to the cinemas.

There is every reason to expect that the domestic marketplace will follow suit. When it does, Velocity will support our partners at the studios and in the exhibition. Whether it be through content delivery, digital signage at theaters, ad sales, asset management, or helping with in-theater marketing campaigns, Velocity can create an efficient and effective cinema solution on just about any level.

As a veteran of over 30 years in the theatrical business, I may be a little biased, but I’m downright bullish on American cinema’s long-term health. Indeed, there have never been more outlets available for the consumer to view content than there is today. However, it is also true that there is nothing that can replace the theater experience. I think we can all agree that a comedy is funnier, a horror film is scarier, and our favorite characters loom larger when we are in an actual theater packed with people.

Movie theaters are as much a part of America as apple pie and ice cream. They have been the center of our communities for over 100 years. Everyone can remember their first movie. How many people had their first date at a movie? How many people have stood in line to see a movie on opening weekend?

But, like everything else, the experience of going to the movies has evolved over time. The single-screen movie palaces gave way to the neighborhood multiplex and, today, those theaters now feature luxury seating, full bars and dining. Many are even full entertainment centers with arcades, bumper cars, climbing walls and more.

Through our many years of experience, we are uniquely positioned in the marketplace to help create, coordinate, and provide logistical support needed in today’s world of cinema marketing. Over the course of our careers, our team has worked on films that have grossed over $10 billion at the U.S. box office.

That long list includes such hits as “The Blair Witch Project,” “La La Land,” “The Hunger Games,” “Wonder,” “Divergent” and cult favorites like “Van Wilder” and “Kick Ass.” We recently helped on the Cinema Chanel marketing campaigns for “The Honest Thief” and “The Marksman,” both of which opened at No. 1 at the box office.

As moviegoing evolves, so does the way your local theater communicates. Through loyalty clubs, social media and subscription programs, local theaters have more access to their audiences than ever before.

And that’s where PaperAirplane and Velocity are ready to help. We are a trusted partner of both movie studios and exhibitors alike through our many years of industry experience. Velocity is uniquely positioned to leverage both world-class technology and industry experience to help our customers navigate through a very challenging landscape.

The good news is that over the last few weeks, the tide has begun to change and as you can see from this recent story from DEADLINE, the future looks bright for the moviegoing experience.

If you’re in the industry and interested in learning more, we’d love to see what unique challenges we can help you solve — and get you on track to welcome audiences back in bigger numbers than ever before. Shoot us an email here! It’s time for America to fall in love with the movies all over again — and you’ll find us in the front row with popcorn cheering you on.